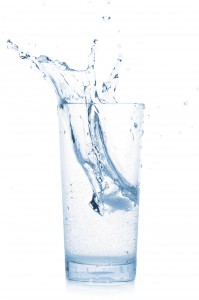 I never, ever, in my wildest dreams thought that I would write about a glass of water...

Once upon a time, an unnamed person (I will call him Ben) applied for a position at an unnamed company. He was lucky and invited in for an interview. The interview was no different to others he had been to, there were three people on the panel, asking the typical interview questions. Each person around the table had a glass of water in front of them. Ben was a bit nervous and thirsty so during the interview, he took a sip from his glass to help settle his nerves. 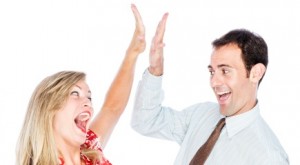 At the end of the interview, Ben thanked the interviewers and left feeling confident that he had done well. In fact, he felt like high-fiving everyone he met.

Imagine how disappointed he was, later, to find out that he did not get the position.

Lucky for Ben, another similar position came up within the same company – so he swallowed his pride, and applied for it.

The scenario was the same, 3 interviewers, 1 interviewee, 4 glasses of water.

Ben got the position this time!

Why? What did he do differently?

His interview went just as well, but this time, when Ben was thanking the interviewers for their time, he also asked what he should do with the glass he had drunk out of. They asked him to place the glass in the sink.

How very odd, that the outcome of an interview can hinge upon a single, seemingly simple, action!

Why did the interviewees use this weird tactic?

Here is the answer: The glass of water represented some of the skills that the employer was seeking, namely someone who is:

Sometimes, it is not the CLEVER things we SAY in an interview, it is the SIMPLE things we DO!