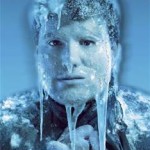 Finding your skills is like a scavenger hunt, and there are THREE simple steps!

Pick ONE thing from your list (eg netball). Pretend that you are asked to talk on a TV show about this one thing – the TV presenter is from Mars, and knows absolutely NOTHING about netball. You don’t know the interviewer at all (obviously – because he is from Mars!). The MARTIAN will pretty much ask ‘what happens next’ throughout most of the story.

Not sure how this works? Watch Janet being interviewed about netball.

Hunt for SKILLS in Janet’s story….

So, we have a story (above), let’s now pull out some relevant stuff for Janet’s resume. We could write this about Janet.

If you have experience in or enjoy the following, click the links to discover some things you could say about yourself!.